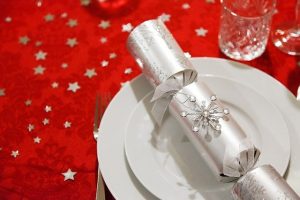 We’ve all had a meal that hasn’t lived up to expectations, but how often did we actually complain about it? Usually we simply vote with our feet and never go back, but as a business owner, wouldn’t you want to know if there were problems? I had a Christmas dinner with work colleagues and was appalled at the meal we received, but despite not complaining at the time, and also being told by them not to bother saying anything, I did decide to write and complain.

The following letter is the exact letter I sent. As a result I was offered a complimentary meal for four to come back and try their service again. It was well worth the time I took to write it and the owner was actually very grateful I had told him about our experience.

I took the time to find out the name of the owner and addressed the letter to him directly.

Use this letter as a basis for your own complaint, replacing my specific concerns with your own. Being polite and factual always helps.

Letter complaining about a meal at a restaurant – sample 1

On [date] I  came to have a Christmas meal at [name of restaurant] with my work colleagues.

Firstly I would like to say that for the most part the meal was lovely, but I decided to let you know some other opinions about the meal because we’ve all been talking about it, and unless someone tells you, you don’t know what they’re saying – or how to correct it!

Positives:
Fantastic atmosphere, nice décor, big round table so we could sit together, pleasant serving staff and delicious starters.

Negatives:
Giant tea towels as napkins – too big to control – but were a good talking point!

Meal portions were tiny. And I mean tiny. After the meals were served (which were from the [year] Christmas menu), we sat and waited for the bowls of extra vegetables which we expected to arrive as an accompaniment to our meal. We soon realised that this wasn’t going to happen!

Each of us had just one and a half sprouts on our plate. That’s almost beyond a joke especially as they were so under cooked we could barely get our forks into them.

One lady had 2 tiny slices of turkey which were round and no more than three inches across. How do you get round slices? And just two?

I had the nut roast which was very nice, but there was no gravy. How do have a roast meal without gravy? The accompanying tomato sauce was good, but that should have been extra to the gravy not instead of it.

I had half a baby parsnip with my meal, as did everyone else (who had a roast meal), which again was rock hard.

The roast potatoes were very similar in taste and look to Aunt Bessie’s part cooked frozen potatoes, in that they had a crust rather than a nice crunchy coating.

The apple crumble was impossible to eat. It was served in a bowl on a large plate with custard in a jug. How could the custard be added to the crumble? The only way was to eat some first then top it up with the custard. The apple was also a purée, rather than nice chunks of apple.

We originally ordered our meal from your published Christmas Menu, but were then told that the lamb was replaced by venison, and the chocolate fondant for the yule log. This affected all but two of our party and it was too late for us to book somewhere else for a Christmas meal. Not only that but your website continued to advertise the lamb!

Oh and I think that every plate you served was completely emptied by us, except for the apple crumbles. That alone should tell you that the portions were small.

None of us complained at the time as we didn’t want to make a fuss and spoil it for everyone, and once we got back to work most people just said to leave it. I decided to write because if you don’t know there’s a problem, you can’t fix it – if you want to!

By the way, I never told my workmates I’d written or that I’d received the complimentary meal – after all they’d specifically said it wasn’t worth complaining. Their loss eh? 😉